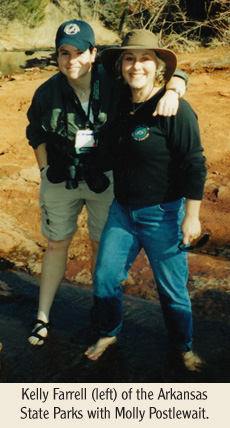 Born in Texas, raised in the Missouri Ozarks, Molly lives with her family at Top of the Morning Farm near Belton, Missouri. Molly is a Park Naturalist for the Ernie Miller Nature Center in Olathe, Kansas.

"I have always loved family stories and grew up putting on plays with my sister and brother. I have fond childhood memories of playing along the bluffs of the Gasconade River and exploring the Ozarks. I have always had a passion for caves."

Molly is a certified challenge course facilitator and wild cave trip leader. She leads Women’s Wellness workshops and yoga classes. She is also a frequent host of the radio show "Every Woman" on KKFI 90.1 community radio.